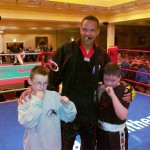 match with Darren Jordan of ITB Kickboxing of Blanchardstown. 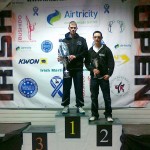 up of kickboxing card that included Raymond Daniels who has been feature in the World
combat league on T.V. Kenny made a great start catching Jordan with good combinations
and scoring well.Jordan came back in the second round to catch Kenny with a right
cross putting him on the back foot for while then Kenny replied with a round house
kick to Jordan’s head to turn the fight around and win 3:0 verdict.Credit to Darren Jordan for his gutsy performance and making this one of the best fights of the night